Here are photos of the models that I put on the table at our most recent Modellers of Ballarat meeting.

The Zvezda Ilyushin Il-62 is a big beast of an airliner, perhaps the biggest of the narrow body intercontinental airliners – if you don’t could the stretched DC-8s. For my money the kit is a bit over engineered with some parts not necessary with the current state of slip-molding and the like. Still, modellers these days seem to use the part count of a kit as part of its value, so I have to endure it. The decals are from BOA, generally very good although there is some vagueness in the instructions which led me into error. 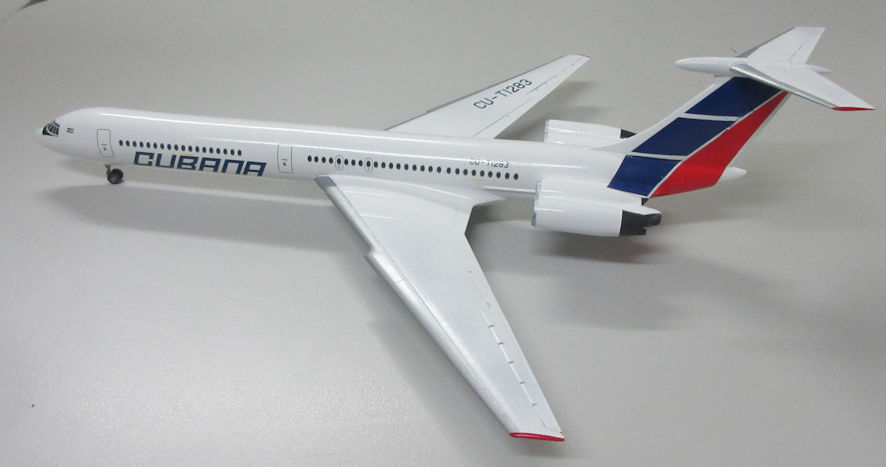 The TAA F-27-200 is the second of what will be a set of five F-27 that flew regional services in Australia from the very late 1950s through to the 1990s. (Although TAA was a national airline it also flew regional services in Queensland with F-27s.) This Doyusha kit seems a lot older in design and style than it actually is, being first published in 2000, but it is clean and simple to make from the box and looks like a F-27. The TAA decals are from Hawkeye.

This Revell kit of the Focke Wulf Fw190F-8 seems quite antiquated in comparison to some more recent kits, but it is still suitable for me and I got it on a special. Looking through my box of decals I found some nice ones for the earlier Fw190A-8 so I made it in that version, which meant a few little modifications. According to the Fw190 experten in our club there are still some errors in accuracy and painting, but it’s good enough for me and looks like one of those aeroplanes.

The other night Valma and I were watching a movie which had a couple of these in it, the slightly later version with the missiles under the wings. This is the reconnaissance/observation version of the General Atomics RQ-1A that came in a box with Italeri on it, but I read somewhere that this is actually a Platz kit. This one came straight out of the box, it’s a delicate little model.

This is the Fiesler Fi103, also known as the V-1. I don’t know where I got this kit, it was combined in with something else which may have been the old Frog Supermarine Spitfire XVI. There’s not much to say about this except that it is a very simple little kit.

I don’t, as a rule, make tank models (having made a lot of them earlier on) but I do allow myself the luxury of French tanks, and there are a lot of them. This little one is a Lorraine 38L VBCP, a transport tank converted to accommodate a few soldiers. It can’t have been very comfortable in there, but I guess it was better than being shot. The kit is from RPM who make a few interesting little French items. 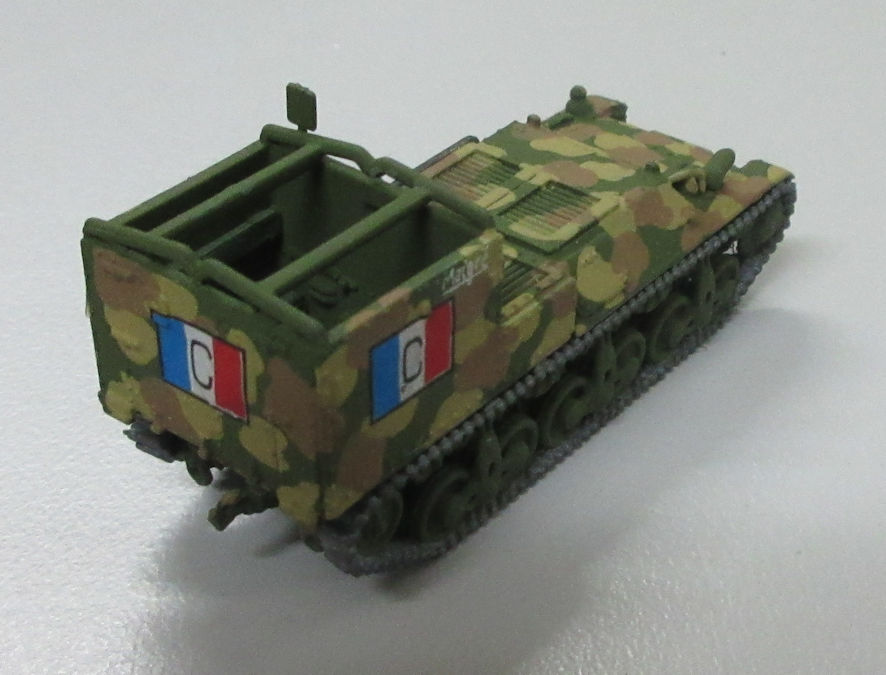 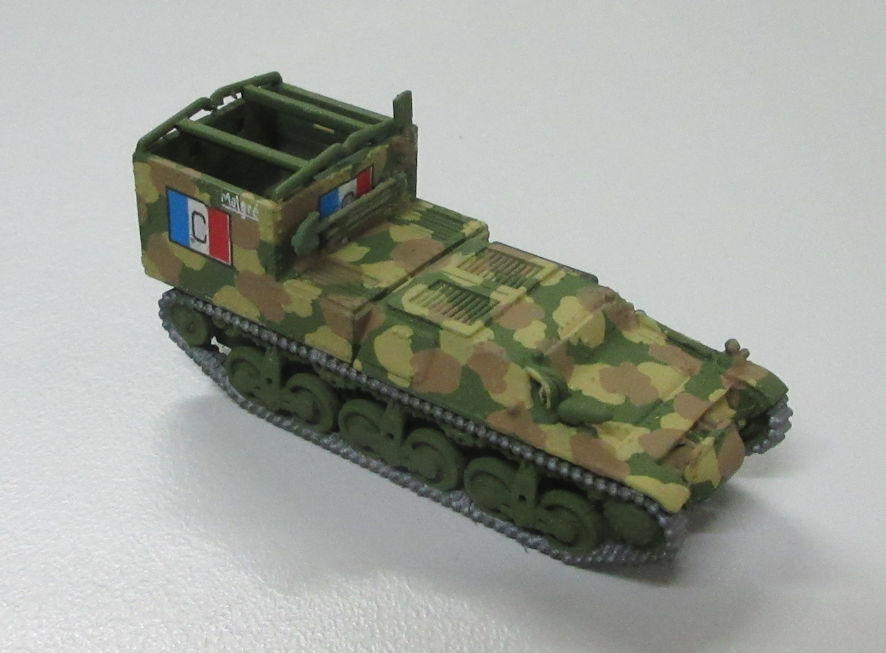