This month’s offerings begin with another two venerable Airfix 1/144 Airbus A.300s, part of a series of five A.300s, all the same airliner but in different liveries. If you want more details about making these, go back and have a look at my offering for June. These are both fairly straight forward models, the only difficulties being filling all the gaps and sink marks you find in kits that were made in the mid 1970s.

First is VH-TAA as it appeared in Australian Airlines livery after it came back from flying with Air Nuigini in 1989. It wore this livery until Qantas took over Australian in 1993. The decals for this model are from Hawkeye, with the corogard panels provided by Liveries Unlimited. 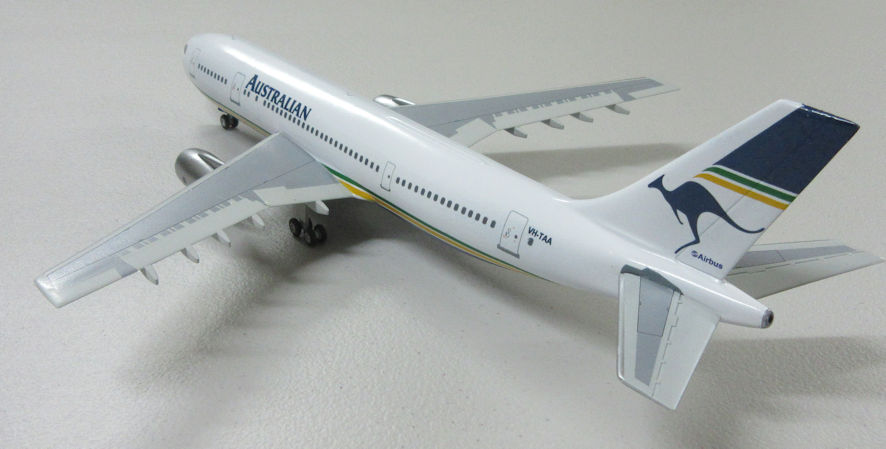 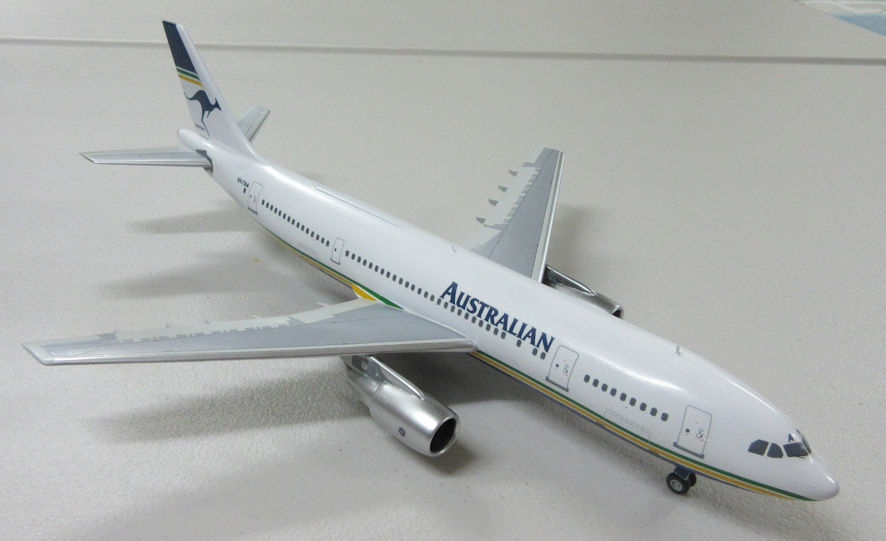 Next is VH-TAA as it appeared after Qantas took over Australian in 1993. It continued to fly with Qantas until it was sold to an American air freight company in 1998. It’s history becomes a bit confusing after that and it was observed as a derelict at Adu Dhabi in 2011. I haven’t seen any photos of it after it left Qantas service so I’m not going to concern myself with making models of that airliner in post Qantas service (besides there’s only so many A.300s one can make before going bananas).

Another series I’m making is that of the Bloch 150 series fighters. So far I’ve made the 151 and 152, straight from the RS Models 1/72 box. The Block 153 is not so easy to make, it was an experiment in the hope of improving the qualities of the Bloch 152 by fitting it with an American Pratt & Whitney Twin Row Wasp engine. The experiment did not go so well, the only 153 constructed crashed in testing and no further attempts of this kind were made, development moving on to the Bloch 155 instead. 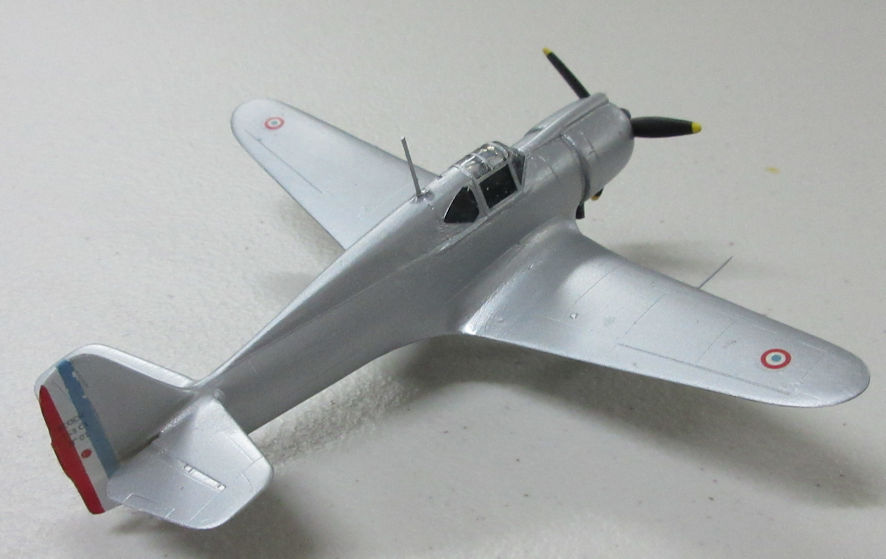 I had the old HR Models resin kit of the Bloch 153 that dates from some time in the 1990s but it looked to be a very difficult kit to make look as good as the RS Models Bloch 152 so I decided to do what the French did and took the engine off the HR Models kit and stuck it on the RS Models Block 152 kit. The grafting is not entirely successful, but it gives a fair impression of what the Bloch 153 looked like and is interesting to view alongside a Bloch 152. The decals come out of my spared box, the HR Models kit does include them but they blew up as I tried to apply them and, anyhow, the blue and red were far too deep in intensify for a French aircraft of this period.

Here’s two I made earlier:

There never was such as thing as a French English Electric Lightning but I had one of the very old Airfix 1/72 Lightning F.1A kits and lots of spare French decals. So here is a flight of fancy supposing that the French acquired one Lightning F.1 (I’ve done the conversion from the F.1A back to the F.1) for test purposes. At the time I made this I was using various shades of Alclad II through an airbrush nozzle far too big for it, which is the reason for such a strange looking metallic finish. 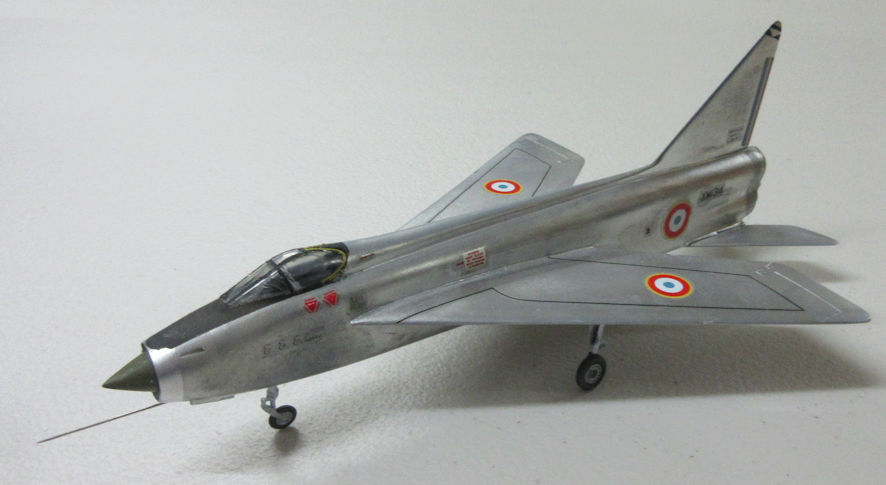 Finally, here’s the Matchbox Hawker Tempest that I made back in 1976. It looks as though I had an airbrush by then and was using Micro Sol and Set, and a matt varnish of some sort. Things haven’t really progressed much more since then when you come down to the basics.