I’m not a great fan of research when it comes to modelling (I do enough of it in my day job) but I had the decals for this Air Niugini Airbus A.310 and the Revell 1/144 kit to go with it and thought I’d find out when that airline flew this airliner. It turns out that this A.310 flew for Air Niugini and then went to fly for Compass while that air line lasted, before being leased out for another year and then coming back to Air Niugini. Which makes this a model of the same aircraft as the Compass A.310 I completed last month. There is nothing very difficult about making this kit except that the Liveries Unlimited decals makes the same mistake as some other decal sheets do in not having the windows towards the rear of the fuselage slope up slightly. This is not a difficult problem to fix. 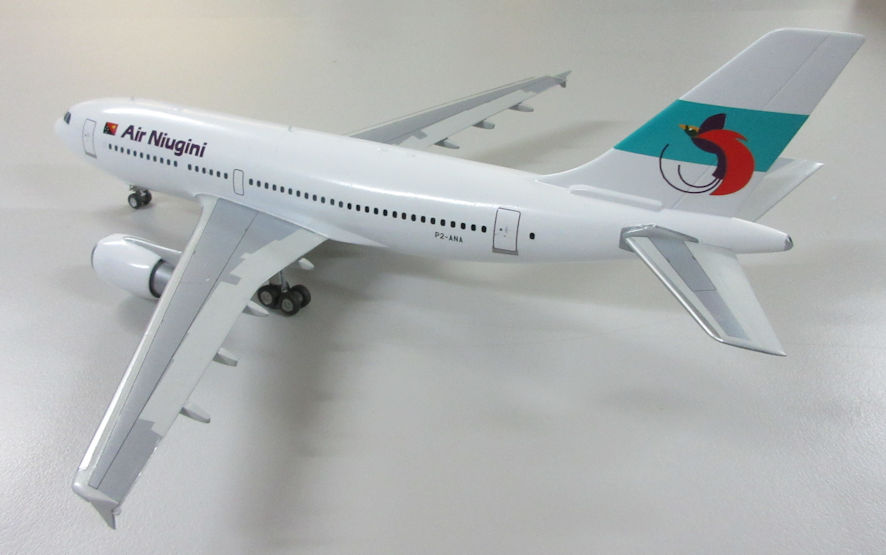 In comparison to the A.310 which more or less makes itself, the Founderie Miniature 1/72 kit of the Nord 1500 Griffon II is a serious modelling challenge. The kit was released around 2002 and is quite innovative for its age, having injection molded, white metal, vacformed and etch parts, and a pretty comprehensive decal sheet. It look as though this kit has been based on the original aircraft that is on display at the Musee at Le Bourget. The real challenge of this kit comes from the plastic parts which are not very well formed and require a lot of work. To prevent this from being a tail sitter the nose is stuffed with as much lead weight as I could fit in and I went to a lot of trouble to fill in and shape the interior of the air intake since it is such a prominent part of the original aircraft. The kit provides some good detail for the cockpit but it turns out that I, at least, could not get the ejection seat to fit into it when completed, but these kinds of problems are not unique to this short run kit. As it turns out, the cockpit windows are so small that you can’t see anything inside anyhow. The other major problem was the thin and badly formed lip of the air intake that had to be mostly replaced by small bits of plastic cut and sanded to shape. Despite these and other problems, it turns into a reasonable replica of a unique looking aircraft. 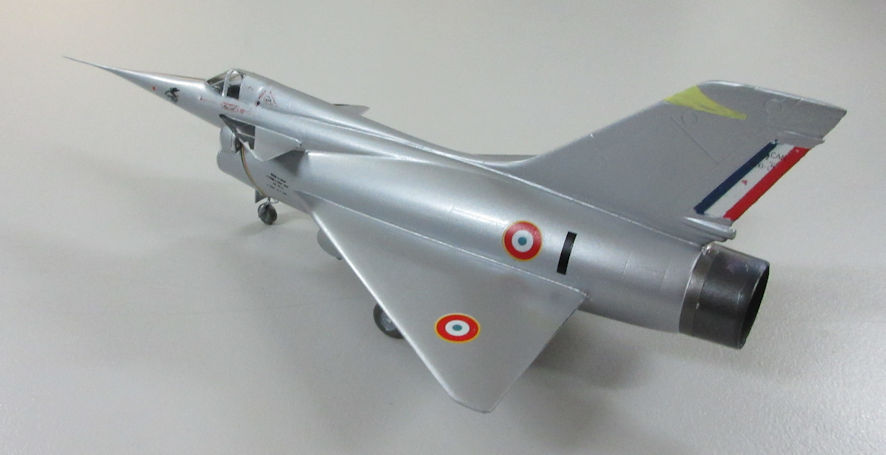 Here’s four I made earlier.

This little Matchbox 1/72 Hawker Fury may have been replaced by better kits but when I made it around 1976 it was all there was and was a very good kit, for its time. The metallic finish is Humbrol 11, not what you buy in the tinlet these days but a much shinier version. I so much enjoyed the look of this model when it was finished that I went out and bought more, leading me to where I am today with model making. This is probably also one of the first models I painted with an airbrush. 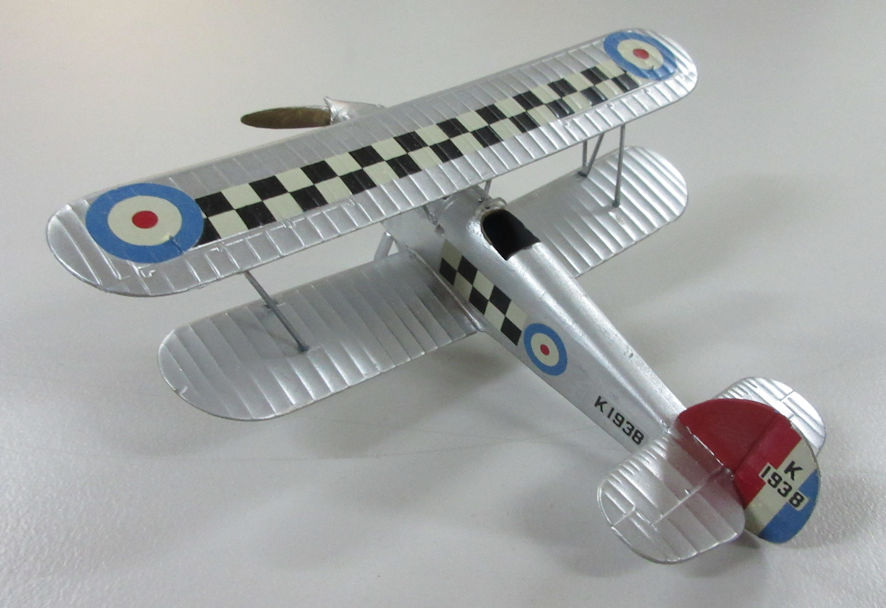 This little Red Star 1/72 Yak 3 was the only kit of this aircraft when I made it around the end of 1987. It was a very basic kit (which you could only buy in a box with three other kits of Russian aircraft, rumoured to be the last of the venerably line of Frog kits). This is also the high point in my personal case of Advance Modelling Syndrome with a great deal of scratch building to fill in the cockpit and other bits and pieces. After this I decided there is a limit to how much detail one should put into a kit to make a reasonable model. These days you can probably buy at much more advanced kit and lots of resin and etch after market stuff which would make this a muc easier project.

Talking about ‘difficult to make’, the Emhar 1/72 North American F4J-4 fits into that category, but was the only reasonable kit until recently. The decals are after-market. 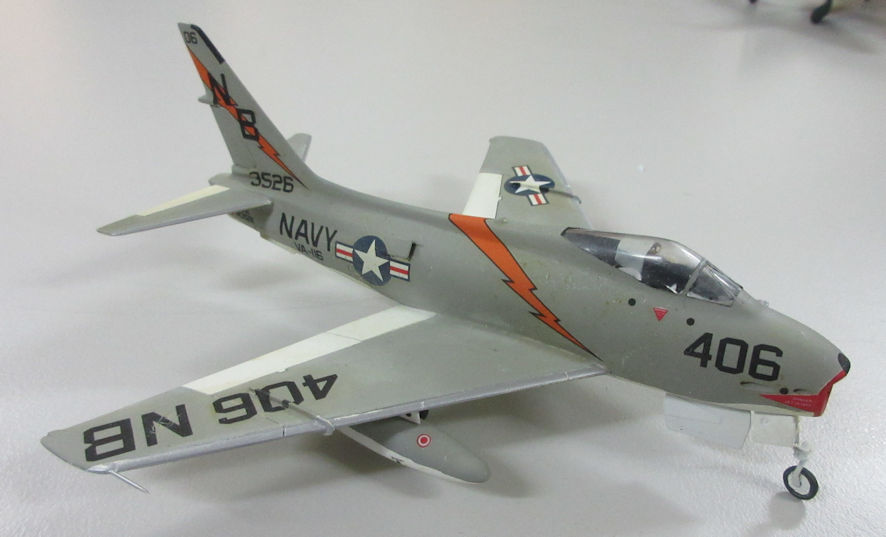 On the other hand, the Hasegawa 1/72 Kyushu J7W1 is an excellent little kit of this fabulous looking Japanese late war prototype. 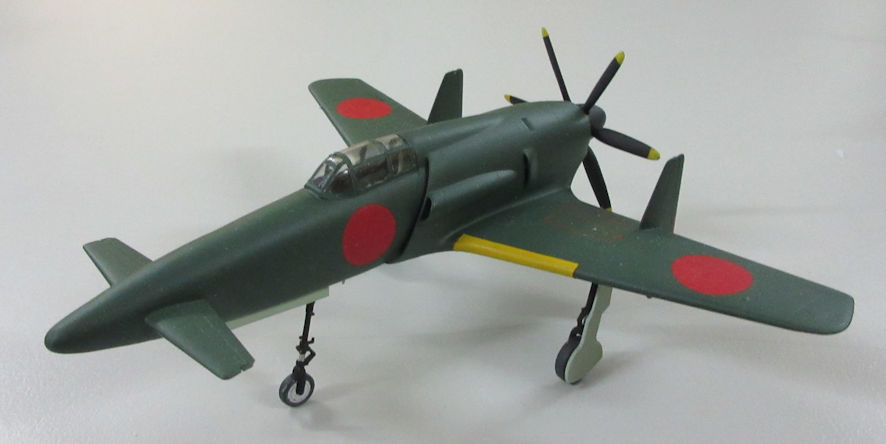